It’s only a matter of days before the Radfords depart for their luxury family vacation to Disney World and it looks like mom Sue is already in vacation mode.

The 22-year-old mum showed off her latest manicure on her Instagram Stories, revealing she had paid for some rather special nail art ahead of her trip.

Sue, 45, from Morecambe, Lancs, had opted for a three-way colorway of red, black and white with nearly every nail featuring a miniature Mickey or Minnie Mouse design.

Captioning her snap, she wrote: “Disney nails done” accompanied by an airplane emoji.

She and her husband Noel recently made the decision to take their offspring to Walt Disney World in Florida in April rather than October as they had originally planned.

In a vlog on their YouTube channel, Sue explained, “I did something very impulsive on Monday. 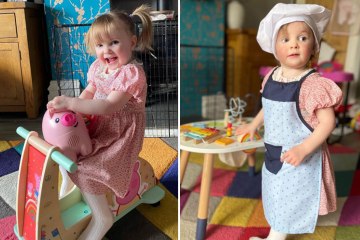 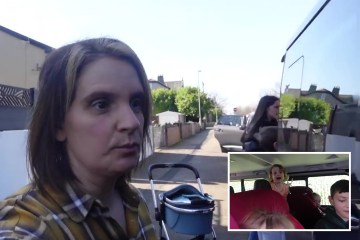 “We were going to take a vacation in October.

“But high school only has one week off and primary two weeks off in October, which would have meant we would have had to take the kids out of high school for a week, which we didn’t want to do.

“Anyway, we have it booked for next month (April).

“Absolutely crazy, because we have three weeks to organize everything, but we kind of took the opportunity to book it for April because there are two weeks in April that they go, rather than to do so in October.

“So I took the plunge and booked. In short, I now have to organize myself!”

The family does not rely on benefits and is supported by their baking business.